The iPhone port of dongsa.net has had a native interface for several months now thanks to the work of Max Christian. The native interface for Android has been ready for a while but as I built it I added way too many new features. Instead of waiting until everything was fully polished I decided to strip back the new features and release an update to get the native UI out there. For those of you that were using the built-in Korean keyboard you will need to download a new input from the Market. 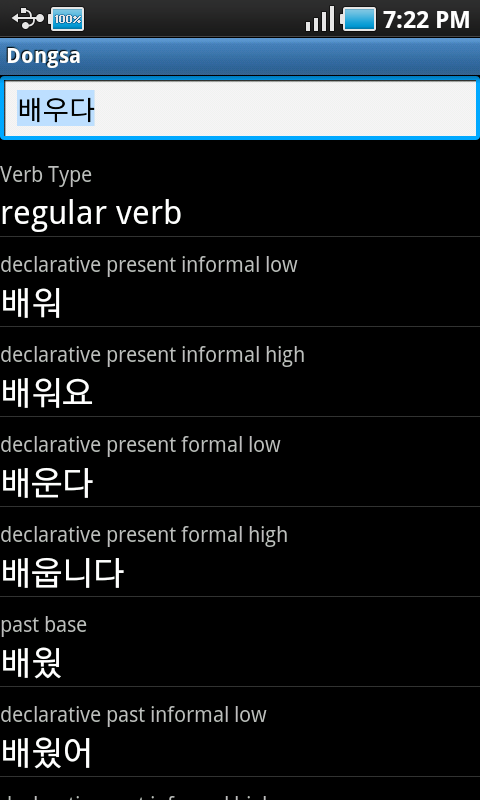 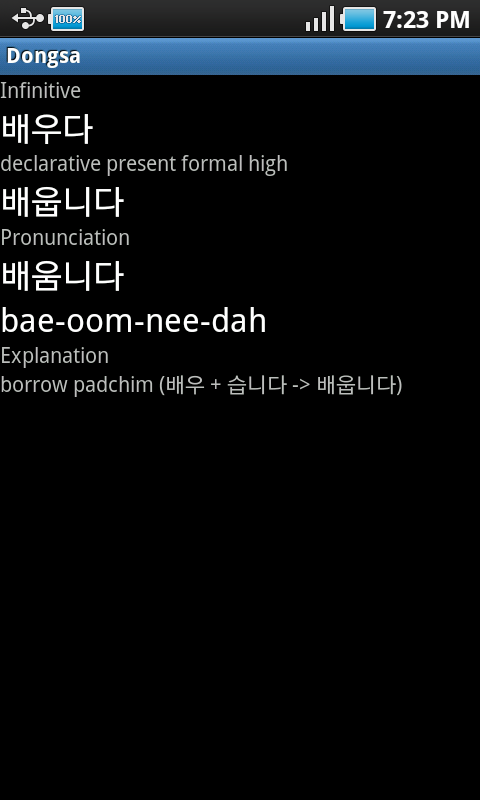 If you have an Android phone you can download the app directly or get it on the Android Market.

The same Javascript conjugation engine is used for both the iPhone and Android. Only the UI code has to be maintained separately. If you are curious about how this is done you can look through the source at GitHub.