Metalytics - The Analytics of Analytics

Which analytics services are most widely used? I wondered this a couple years ago and whipped up a script to check. The script checks 1000 random URLs and looks through the HTML for some strings that are known to be used by certain analytics engines.

After the last run it looks like Google Analytics is well ahead of the other analytics packages. The script checks for Clicky Web Analytics, Coremetrics, HitsLink, Webtrends, Omniture, Piwik, StatCounter, W3Counter and Site Meter. Here is a graph from the last run: 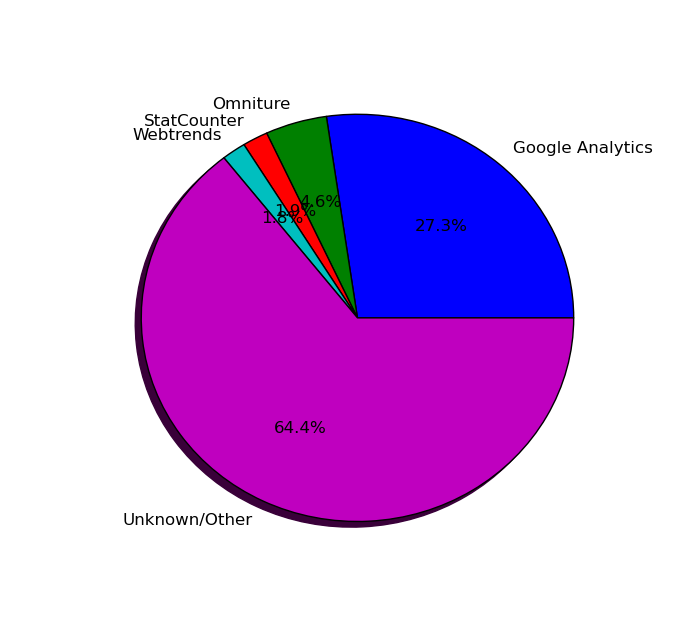 Originally, when I wrote the script I was only checking for Google Analytics so I have some data points from as far back as November, 2007. Here's a graph of the percentage of websites that use Google Analytics: 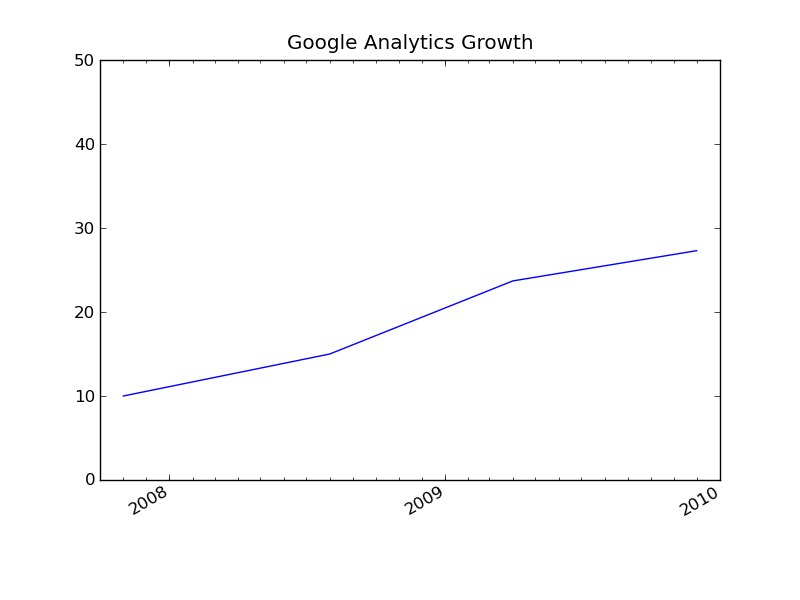